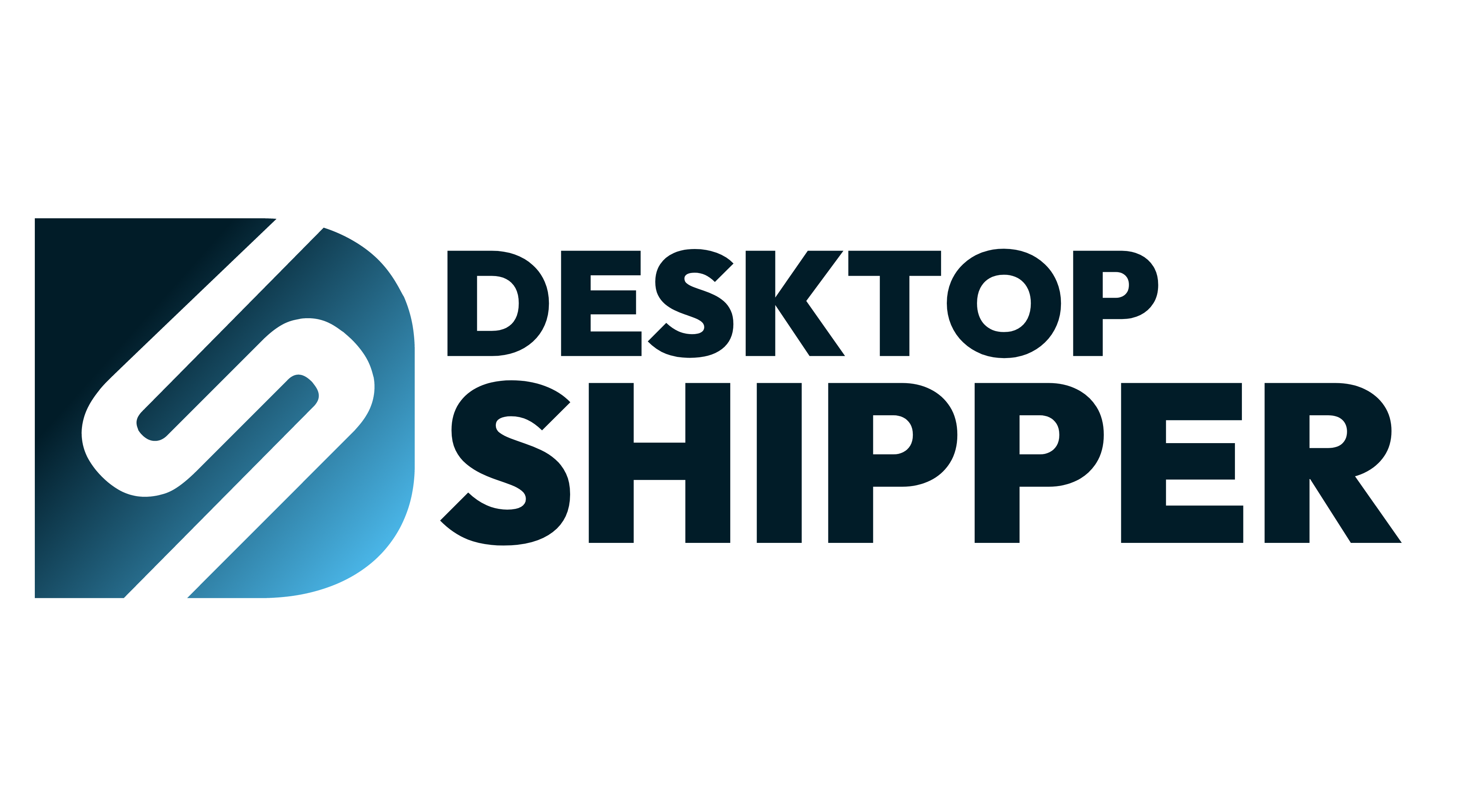 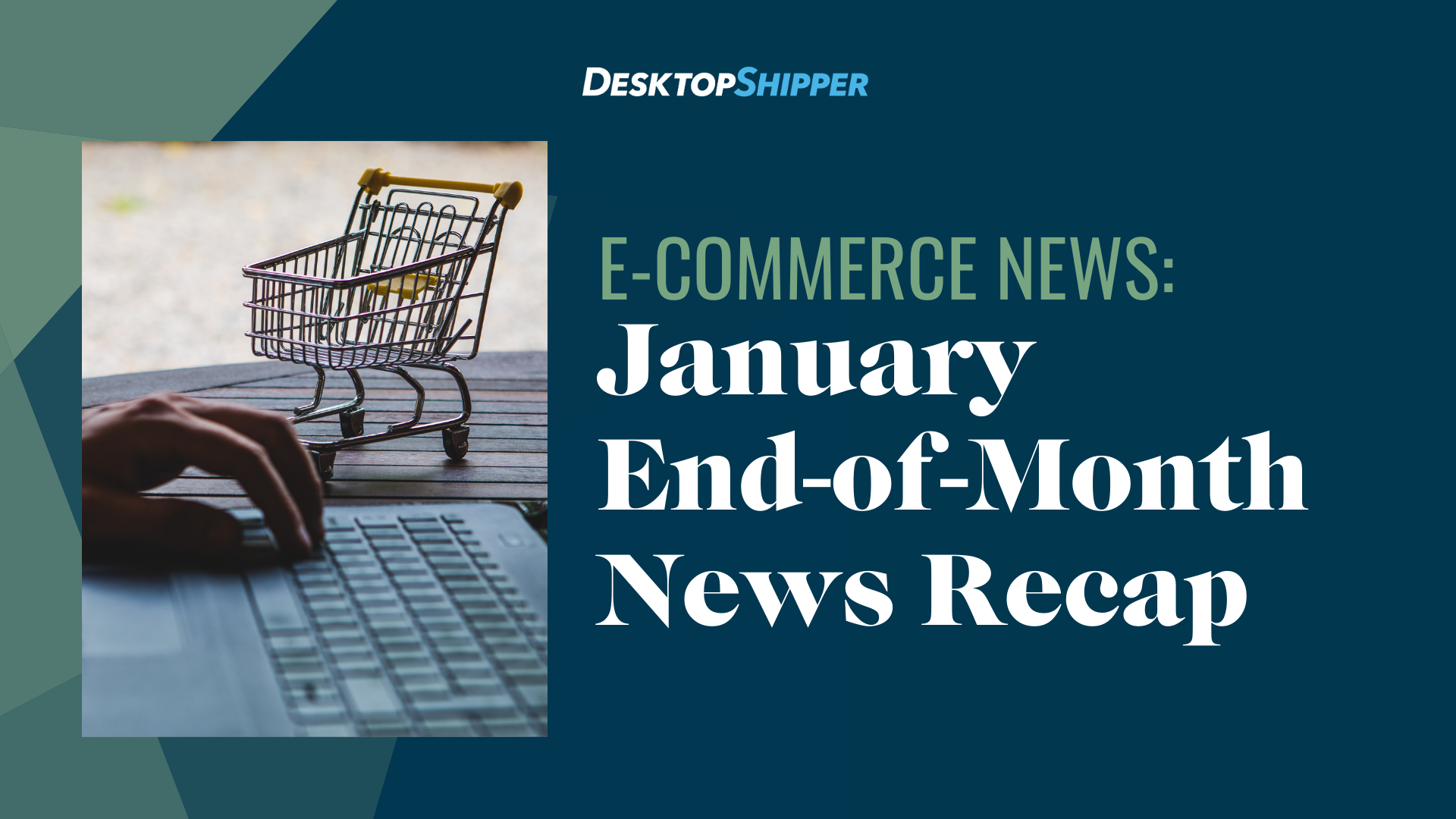 The saga continues in January with high e-commerce sales, supply chain blockages, mobile commerce surge, and carriers increasing their prices. What we didn't expect, on the other hand, was robots and Bernie Sanders helping make sales on Etsy. Naturally, in January, retail sales and consumer spending are down from December. Though official numbers are not out, P.R. Newswire reported on January 26th, 2021, that "total retail sales for January 2021 are expected to be up 0.4% from a year ago and down 28.6% from December 2020 when adjusted for the same number of selling days." Despite the small retail spending decrease, e-commerce has not slowed down, and companies are still trying to keep up with increased demand. The overall trend for January was to find new ways to meet supply and demand in e-commerce.

Ecommerce effectively is still backed up from the massive spike in April of 2020. Since the beginning of government-wide shutdowns, consumers have turned to online shopping for their goods, causing an enormous spike in e-commerce. Though consumer spending is lower than it has been in the past eight months, companies are still trying to catch up. Companies have turned to robots to help drive the demand. Fetch Robotics has created a robot that helps move pallets around fulfillment centers. The PalletTransfer1500 is "a workhorse of an autonomous mobile forklift designed to ferry cargo of up to 2504 pounds around warehouses, something that happens hundreds of times per day in busy e-commerce fulfillment centers." Even the best fulfillment centers are struggling to keep up with demand. Fetch Chief Product Officer Stefan Nusser states that, "by combining Fetch's new PalletTransport1500 with Honeywell Intelligrated's Momentum WES, distribution and fulfillment centers will now be able to orchestrate every aspect of automated warehouse execution for maximum facility efficiency and safety." Now that the technology is there, will companies start to lean on it? Only time will tell.

As we've mentioned previously, e-commerce had grown exceptionally in 2020. Though the coronavirus pandemic has been the main reason for the increase, companies are still trying to catch up despite the eight months of government restrictions. Retailers are seeing slower supply chains, which cause shoppers to face shortages. Shortages lead to a price increase. Not only will the companies who carry these supplies increase their pricing to meet demand, but competitors will also take advantage of the same demand structure. "Many large retailers such as Walmart are paying premiums for manufacturers to speed deliveries by trucking products directly to stores rather than distribution centers," says Sue Welch, CEO of Bamboo Rose, a provider of supply chain software. The surge in demands comes with companies trying to compete with the next day or two-day shipping driven by Amazon.

Automakers have seen the biggest hit in the supply chain bottleneck. With worldwide product shutdowns, car companies' production stopped throughout the world. Though every industry was struggling with shutdowns, it's hard to get back on track within the car industry. "Switching back that capacity to autos takes up to six months," says Kristin Dziczek, vice president of research at the Center for Automotive Research. Car companies work on the model of planned obsolescence. Every year a newer, better, smart model comes out. With a reduction in production, it makes those 2021 vehicles more coveted. Going to purchase a car right now is stressful, with consumers having to make sacrifices on colors or features to get in an available vehicle or risk waiting 1-6 months for their new car.

Almost every year, small parcel shipping carriers increase their prices during the 4th Quarter. The 4th Quarter traditionally holds the largest volume for shipments, and increasing the costs help these carriers stay up to date with demand. This year, the pricing surged has carried over and is permanently the price both companies and consumers will pay for shipping. Check out the pricing changes based on the carrier below.

The global pandemic has affected more than just local supply chains. It has affected the global supply infrastructure. According to the Freightos Baltic Index, costs of shipping a container of goods has risen 80% since early November and has nearly tripled in the past year.

"It's a global problem, and it may get worse before it gets better. More than one-third of the containers transiting the world's 20 largest ports last month failed to ship when scheduled, according to Ocean Insights, a data provider."

Not only has the price increased, but the demand has increased, leaving it more challenging for companies even to receive shipments. The Washington Post reports, "fewer ships arriving in U.S. ports meant fewer shipping containers available for the return trip to Asia. With department stores and other retailers closed by shutdowns, goods piled up at port terminals and stateside warehouses."

It's not a short trip for many shipping containers, so the stop in back and forth shipping has caused massive delays. Even companies paying premiums for freight shipping can't physically get the goods they need promptly. A lack of freight coming or going in the U.S. leaves a considerable reduction in supply when demand, as mentioned before, is so high. Even if supply chain demand were average, with a decrease in shipment, the supply chain would be hindered. This freight problem leaves for high demand, which leads to high costs for consumers. With the world slowly opening up, hopefully, freight will get back to its regularly scheduled program.

Inauguration day, January 20th, 2021, was a monumental day for many reasons, but one thing we didn't expect was that it was an excellent day for mittens. Bernie Sanders, the Vermont Democrat Senator, became an instant meme that day. He looked both cold and comfortable during the ceremony, and they credited it all to his mittens. The internet went to work, crediting the mitten maker as a small business owner and Etsy seller, Ambercraftstore. This store has now sold an unprecedented amount of these mittens, skyrocketing the seller's success. Well, it goes to show you can never predict when something will break the internet.

E-commerce is no longer the way of the future; it is now m-commerce (mobile commerce). Internet Retailing reports that "2020 has become the biggest year yet for mobile commerce, with some $115bn being spent globally through the channel. In Europe, the U.K. leads the way, with more shopping hours spent on mobile than anywhere else." Mobile commerce is projected to be a$2 trillion market globally by 2024. This trend is driven by, you guessed it, social media. With social media advertising becoming more targeted and specific to consumers, the ROI has increased.

On top of that, more companies are investing in social media advertising since more consumers are joining those sites. "Global downloads of Pinterest and Instagram worldwide growing 50% and 20% YoY." On top of that, TikTok is projected to hit 1.2 billion active monthly users by the end of 2021. Other trends in mobile commerce come from online and mobile gaming, which is growing as well. Mobile gaming leads to an advertising increase, which leads to a larger number of consumers using their phones for shopping. The numbers are in, and if your company hasn't already invested in mobile commerce, it is time to start!

On January 1st, 2021, the United Kingdom switched to a VAT (Value Added Tax) system. The changes come with the United Kingdom leaving the E.U. How does this affect you in the United States? Well, it affects you if you are shipping directly to consumer products from the United States to the U.K. VAT is a more widely used system and helps companies keep their tax structures the same throughout. Though a welcomed change, companies are still having to adjust to meet the changes.

Honestly, we did not expect to see so much change in January of 2021. In years past, January and the start of Q1 have been the slowest month for e-commerce and direct to consumer sales. Though companies welcome the growth and continuous success in this sector, it is still trying to catch up from the massive influx that started at the beginning of the pandemic in 2020. Adjusting will be challenging, and catching up is slow going, but with the focus on technology and mobile moving forward, we see good things coming! 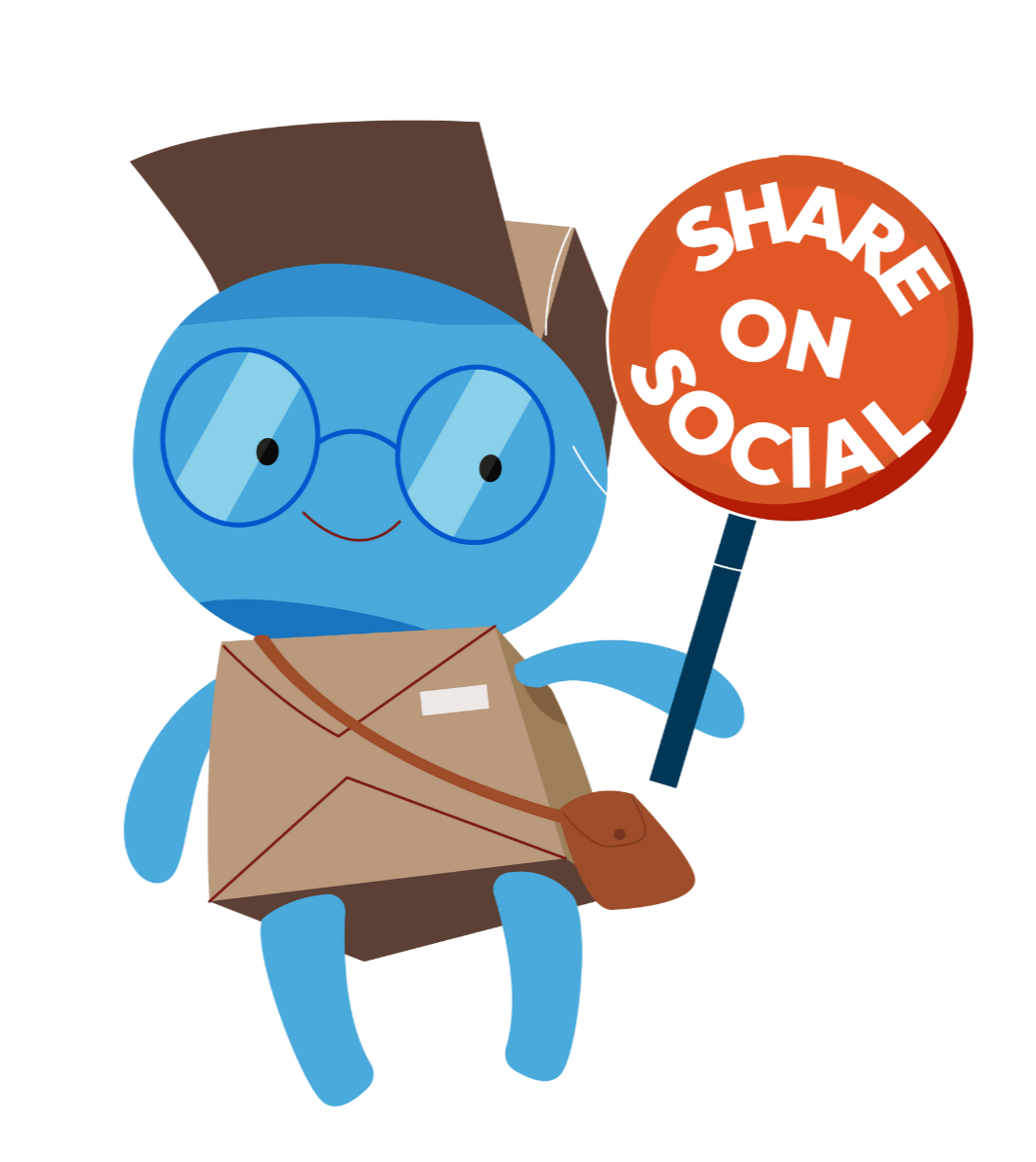 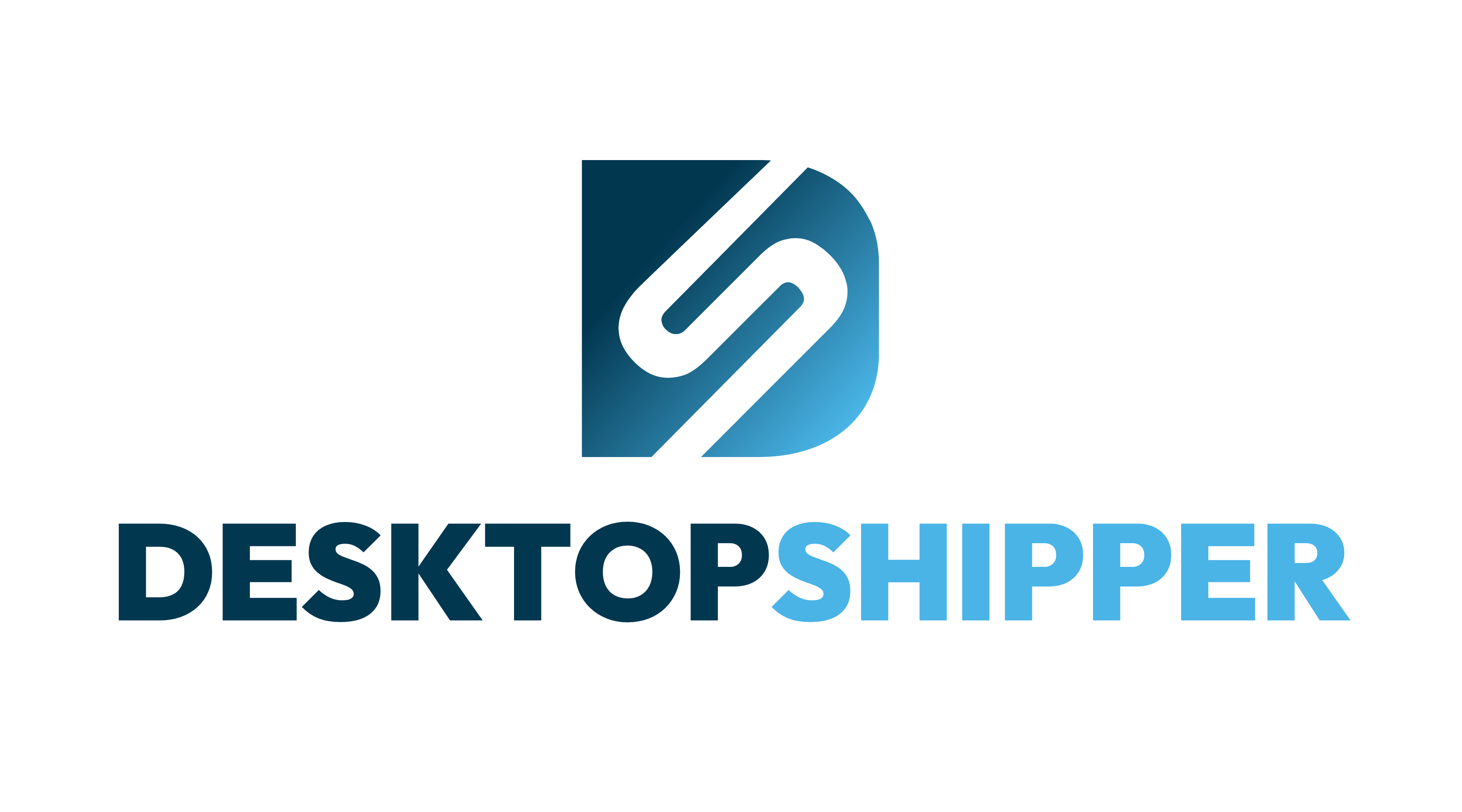